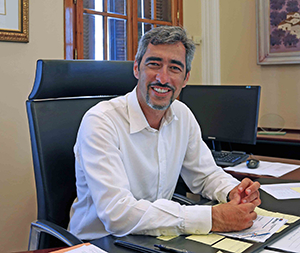 You are an essential part of Benalmádena as more than 30 % of the inhabitants are foreigners. Our municipality has a unique identity thanks to the contribution of citizens from different nationalities and cultures.

In order to help you resolve any problems that you may encounter while living here, the Local Government has established a free service available in different languages to assist you.

I am fortunate to have contributed to the creation of this Department during my first appointment at the town hall. I have worked closely with foreign residents and I am aware of the important role of this municipal service.

As the Mayor of Benalmádena, I want to mark a turning point in the activity of this Department. My wish is to create a link between the Foreign Residents Department and other institutions. We are here to help and advise the you so as to facilitate your integration in your new environment. We want to bring you closer to our culture so that you can be a part of and involved in our fiestas and traditions, whilst at the same time promoting your own.

I want to take this opportunity to invite all foreign residents to participate actively in our local life, to contact the Foreign Residents Department and tell us your ideas and requests. Together, we can build a better and multicultural Benalmádena.

Víctor Navas
The Mayor of Benalmádena 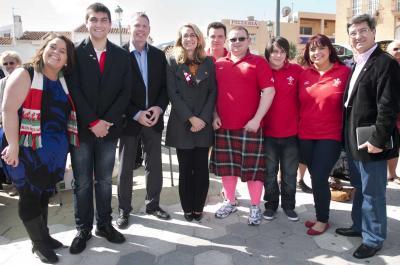 The Welsh expats held their Saint David’s Day celebration in the Mezquita Square, Arroyo de la Miel. The event was opened by the Mayor of Benalmadena Paloma García Galvez, accompanied by the Councillor for Foreign Residents Adolfo Fernandez and the British Vice-Consul Dominic Jackson.

The day was packed with entertainment. There was also a stall serving a selection of Welsh food and drinks. The money raised will go to Downs Syndrome charities both here and in Wales.